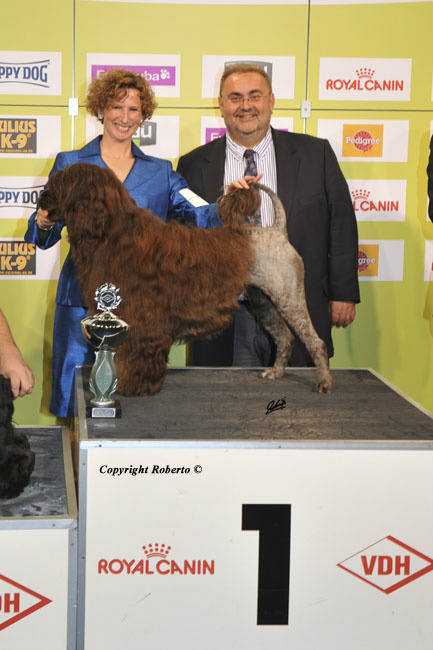 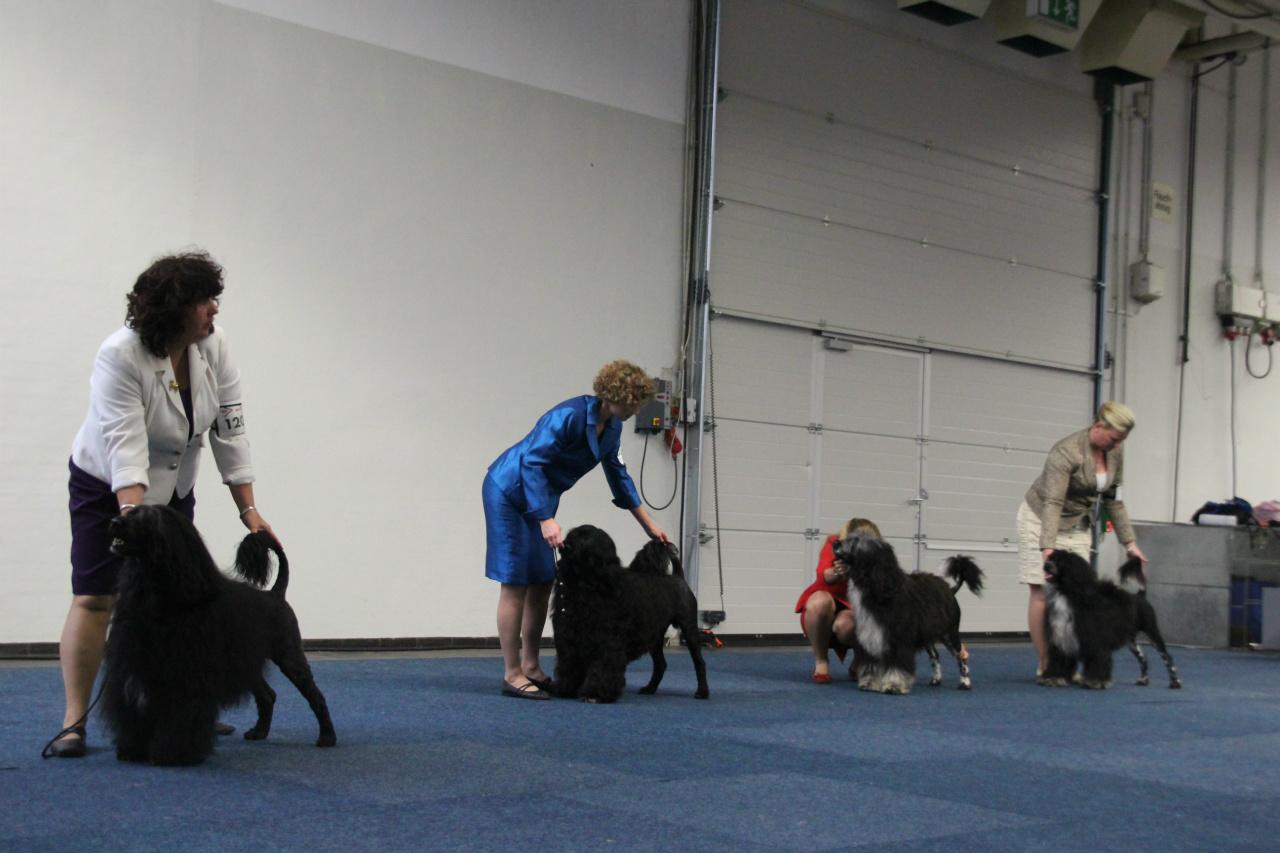 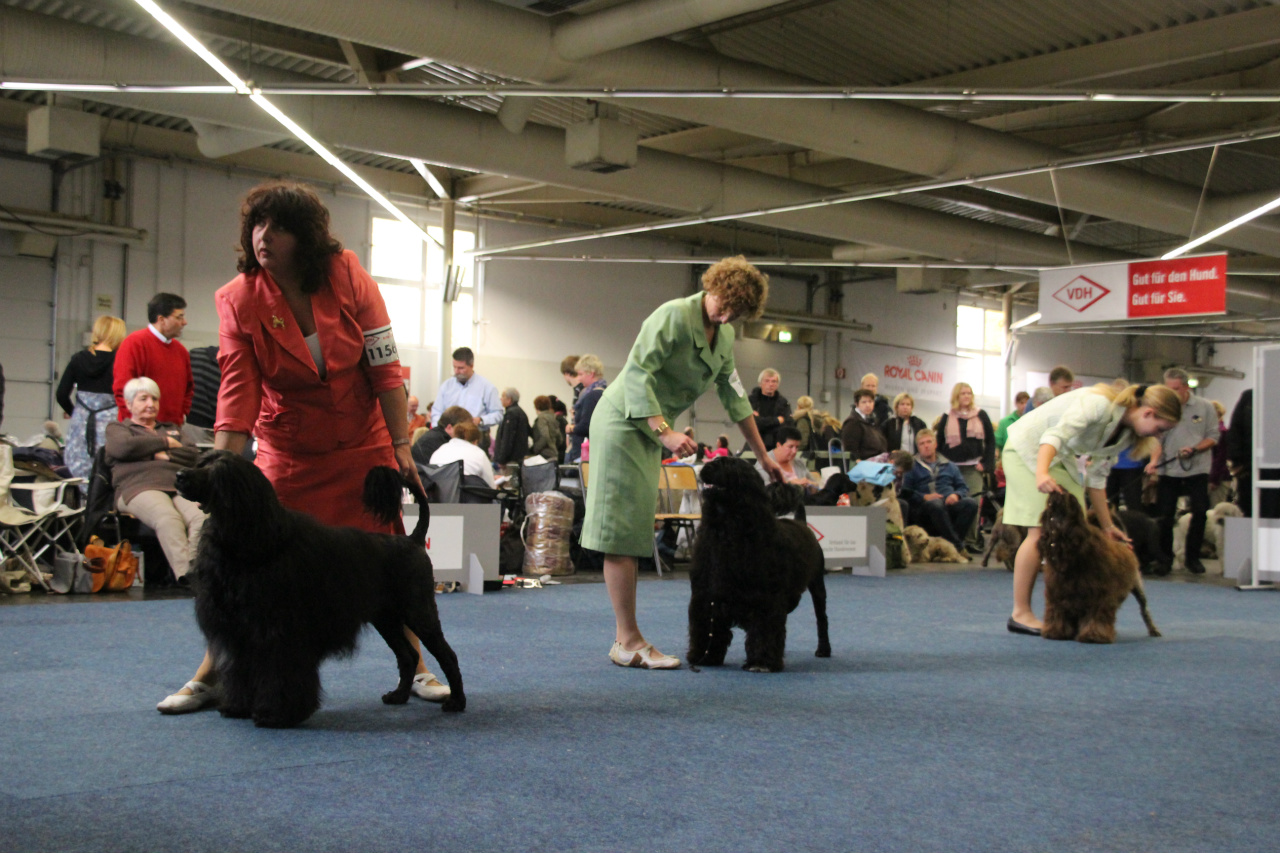 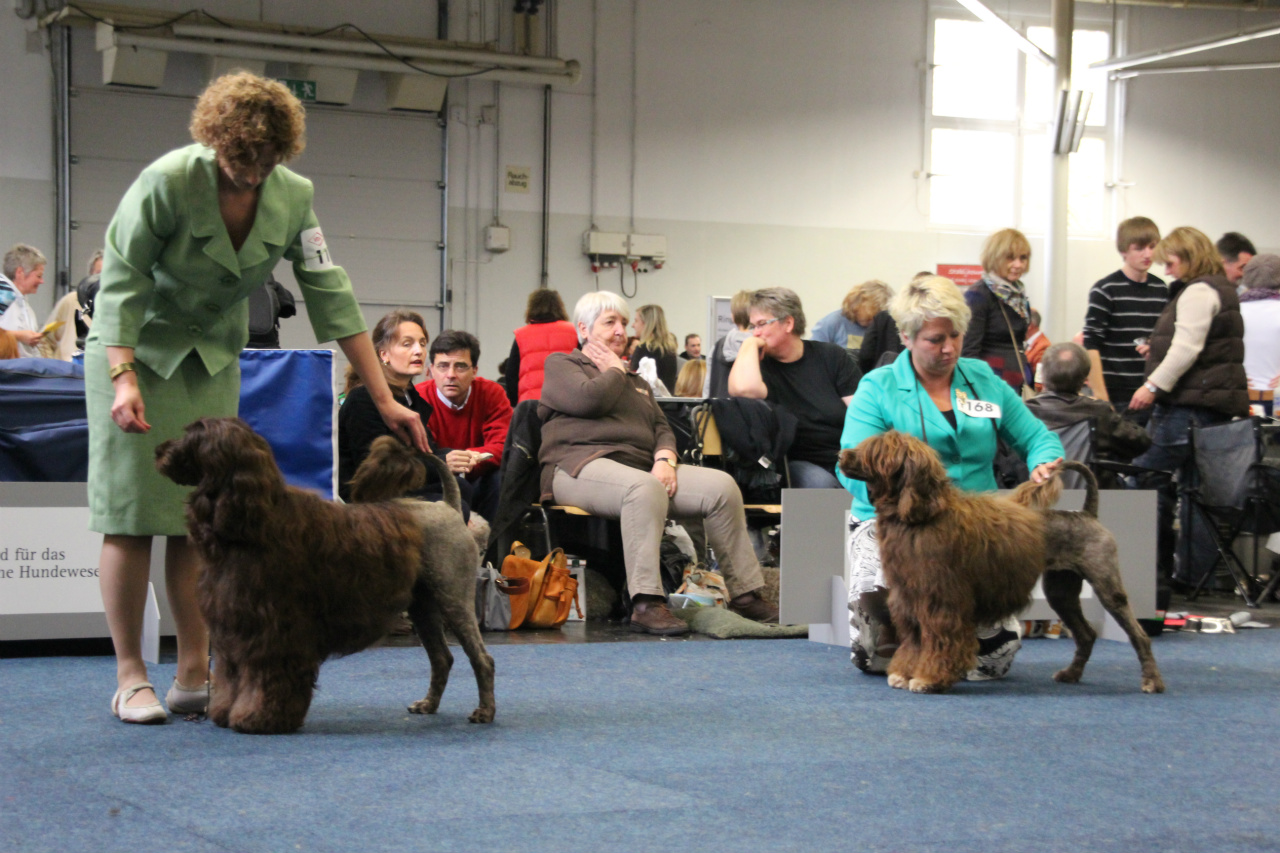 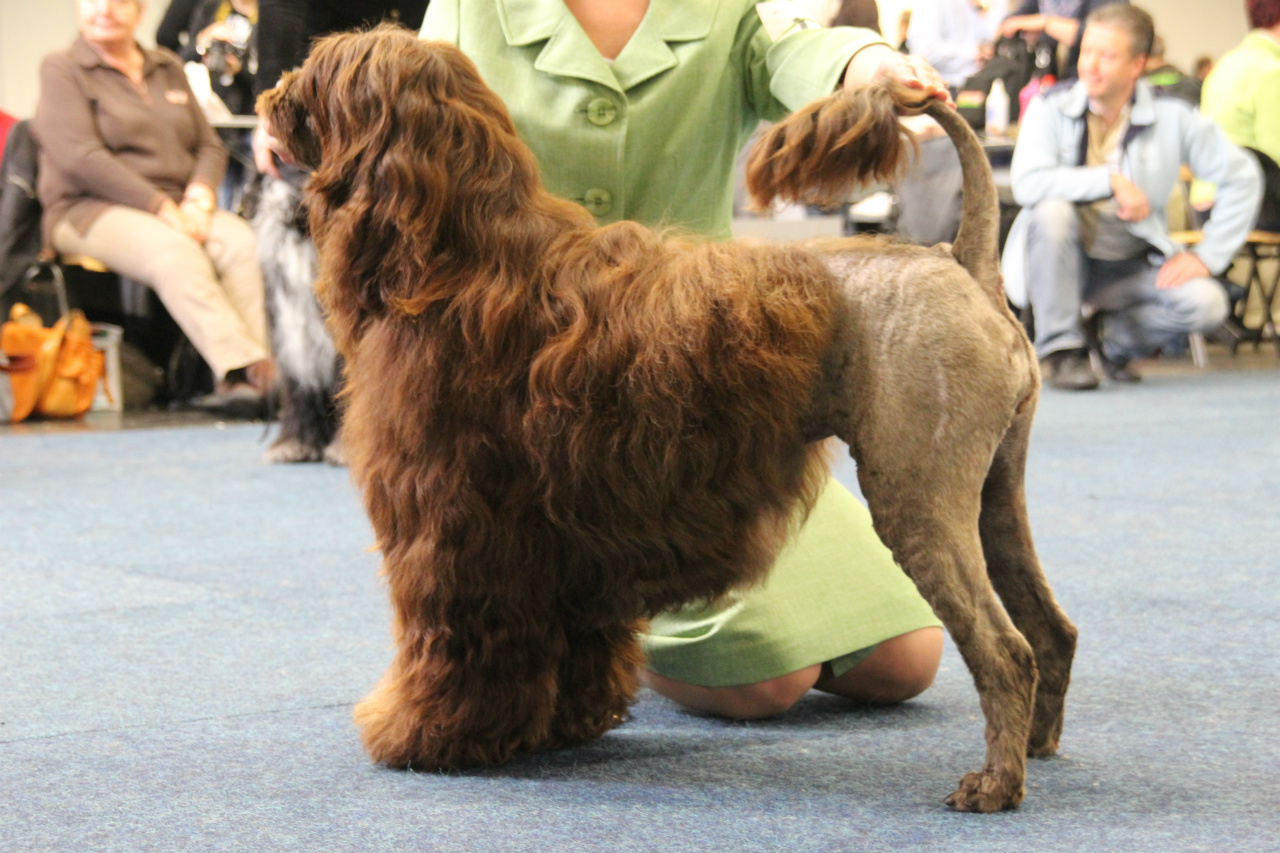 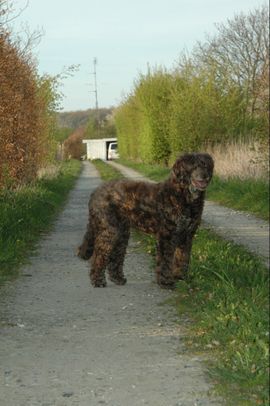 The 12th October We participated at the VDH's International Bundes Sieger Show in Dortmund.The judge weren't much impressed with my dogs, though he thought Aston deserved to be Bundes Jugend Sieger 2012 (=Coco was placed 4th Best Champion female in breed (=

The 13th October We participated at the VDH's National Show in Dortmund.In opposite to the day before , the judge today loved our dogs. Aston were Best Male in breed and achieved his first adult VDH CAC. For the BOB competition we was presented for the BOB shooting by Lena Unger, DE - Thanks (=Coco were Best Of Breed, with her 4th VDH CAC. In the BOB competition she was presented by Lena Unger, DE, who did a marvelous job, Thanks. Later on the day she became Best In Group (BIG), which was absolutely fantastic, Dortmund is Germanys absolute biggest show, and that my litle Coco should win that was a dream come true (= Thank you Hans-Erhard Grüttner, DE. The VDH gave us a hotel and we participated in the BIS final on sunday the 14th (=

The 21th October I did a halfmarathon in Amsterdam in the time 01:56, keeping stabile speed all the way (=

The 28th October in the afternoon our oldest child walked away from home, Unistars All Unik is 15 years old and were away for more that 18 hours and survived a freezing night in the wild nature. We found her the 29th late morning, just 1 km from home. Believe we have never been so scared before in our lifes, and we almost switched our upsite down, Thanks to everyone who helped surching for her.